The Fabulous Journey of Muti and the Libelautas

When someone knows the Circular Movement (MC), a very special being soon comes to spark imagination, curiosity and the will to change the world.

You won if you thought of “Muti”.

We even talk a little bit about him here on our platform, but the time has come to know the history of our interplanetary messenger and the friends he has been making on Earth.

On this Children's Day (10/12), the CM launches The Fabulous Journey of Muti and the Libelautas. our very first book, dedicated to children and teenagers and their tutors. In a fun, inspiring and 'muti-colorful' manner, the purpose of the book is to introduce basic concepts of citizenship and the Circular Economy.

“The book empowers children as it puts the characters in the spotlight. Using playful resources, it presents the environmental problem and conflicts inherent to life in society, while bringing an inspiring vision of a world in which everyone collaborates for the good of the planet and mankind”, comments Diana Salles, CM's content manager.

Want to know more about this adventure? Read on….

A Journey of Citizenship 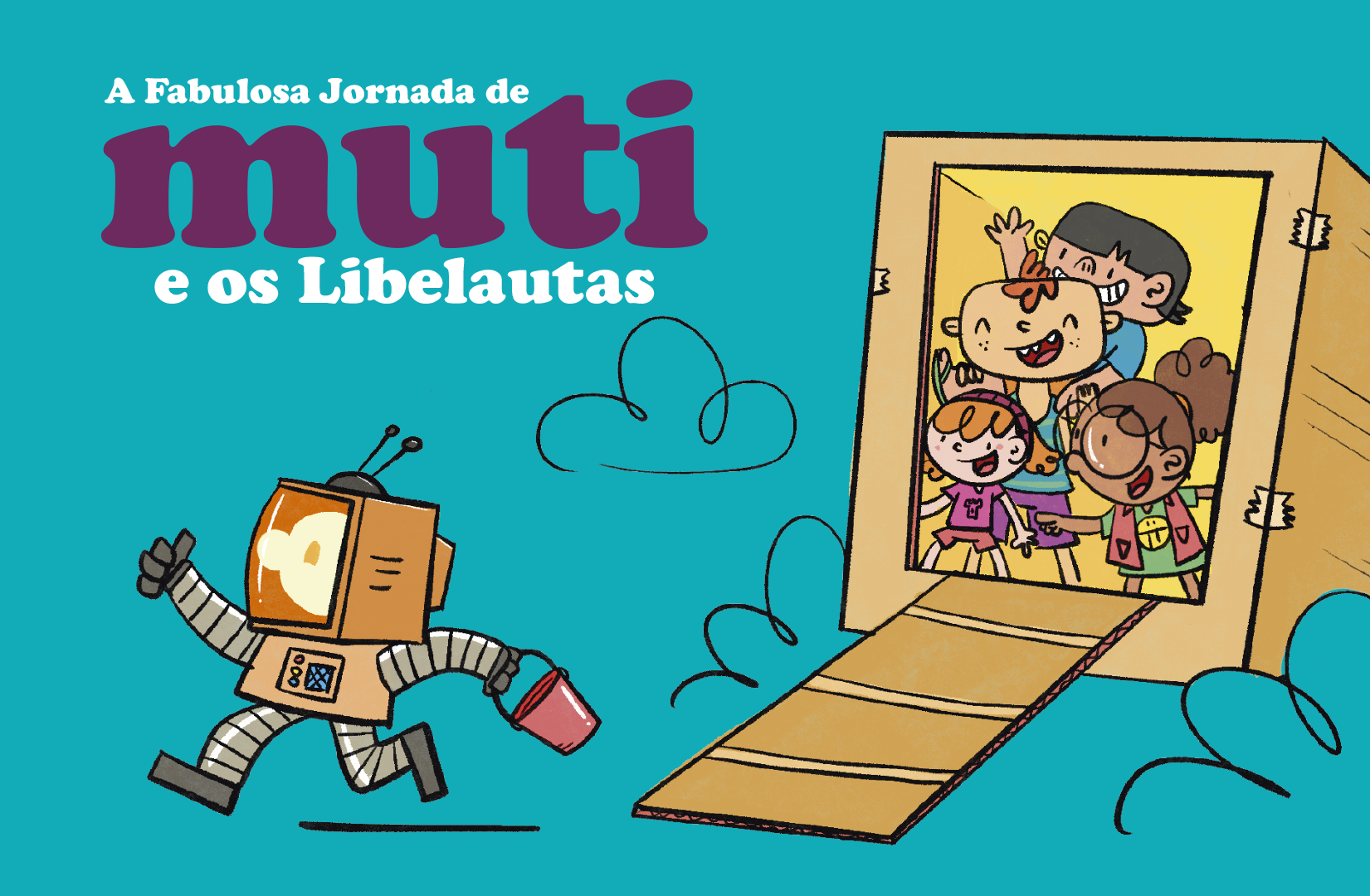 The Fabulous Journey of Muti and the Libelautas is the first in a series of books with stories starring the characters Trix, Cauã, Júlia and Jorge, the kids who are members of the so-called ‘Libelautas Club'.

About to carry out their first mission, the group receives an intergalactic visit from Muti and, then, they begin to face the first challenges to put into practice the actions to build a world without garbage, starting with the neighborhood plaza.

The story is a creation of the writer and playwright Claudia Pucci, who with this publication, makes her debut in the children's universe.

“I have always wanted to write for children and since childhood I have had a very strong relationship with the environmental matters. When the invitation [from the CM] came, I was very happy. It was a way of putting art in terms of something that is very dear to me”, says Pucci.

Pucci, who lives in the Butantã neighborhood, western region of the city of São Paulo, reveals that the neighborhood's squares were a great inspiration for the setting of the story. “I follow movements that take place in the squares, they are great meeting points for very different people”, he comments.

And to illustrate this whole scenario, no one is more suitable than “Muti's father”, the illustrator and graphic designer, Thiago Egg, who already has extensive experience with children's stories and comics and who is part of the CM team.

In partnership with Pucci, Egg helped give traits and colors to the characters that emerged in a very spontaneous way in the exchange of ideas. “I am very proud of Muti and I believe that as a messenger of the movement he still has a lot to show us”, he anticipates.

Partnerships that made it happen

Initially, the distribution of the first edition of The Fabulous Journey of Muti and the Libelautas will be exclusive to partners in motion whose support was invaluable in getting the book out. There will be 1,300 copies that will reach the community of collaborators at 3M, Clean Plastic, Instituto Francesco Zomer, Lord and Scania.

Soon, the general public will be able to enjoy the editions of the work, which should even become a pedagogical project for schools throughout Latin America.

There are still many stories to be told until it reaches the whole world, in new books, pedagogical actions and, who knows, other media. In this adventure, we make our own the words of the character Júlia, from ‘Libelautas Club':

Follow us here in our news area We are all libelautas!