Have you noticed that your city works more or less like a living organism?

With attention, you can see it taking up matter, energy, and generating waste in a kind of "metabolism".

Since 2007, there are more people living in the urban environment than in the countryside. Cities today are responsible for consuming about 75% of extracted natural resources, and for 60% to 80% of greenhouse gas emissions globally, according to the UN.

And this “metabolism” is based on an unsustainable model: the linear economy. In other words, resources are overexploited, and reuse and recycling rates are low, which causes the accumulation of waste and leads our natural reserves to scarcity.

Since 2014, the UN has celebrated, on October 31, the World Day of Cities, seeking to gather examples and discuss actions for “greener, equitable and sustainable cities” and, why not, “more circular cities”.

For urban planning that takes these goals into account, understanding urban metabolism is one of the main tools. Shall we understand more about it?

What is Urban Metabolism? 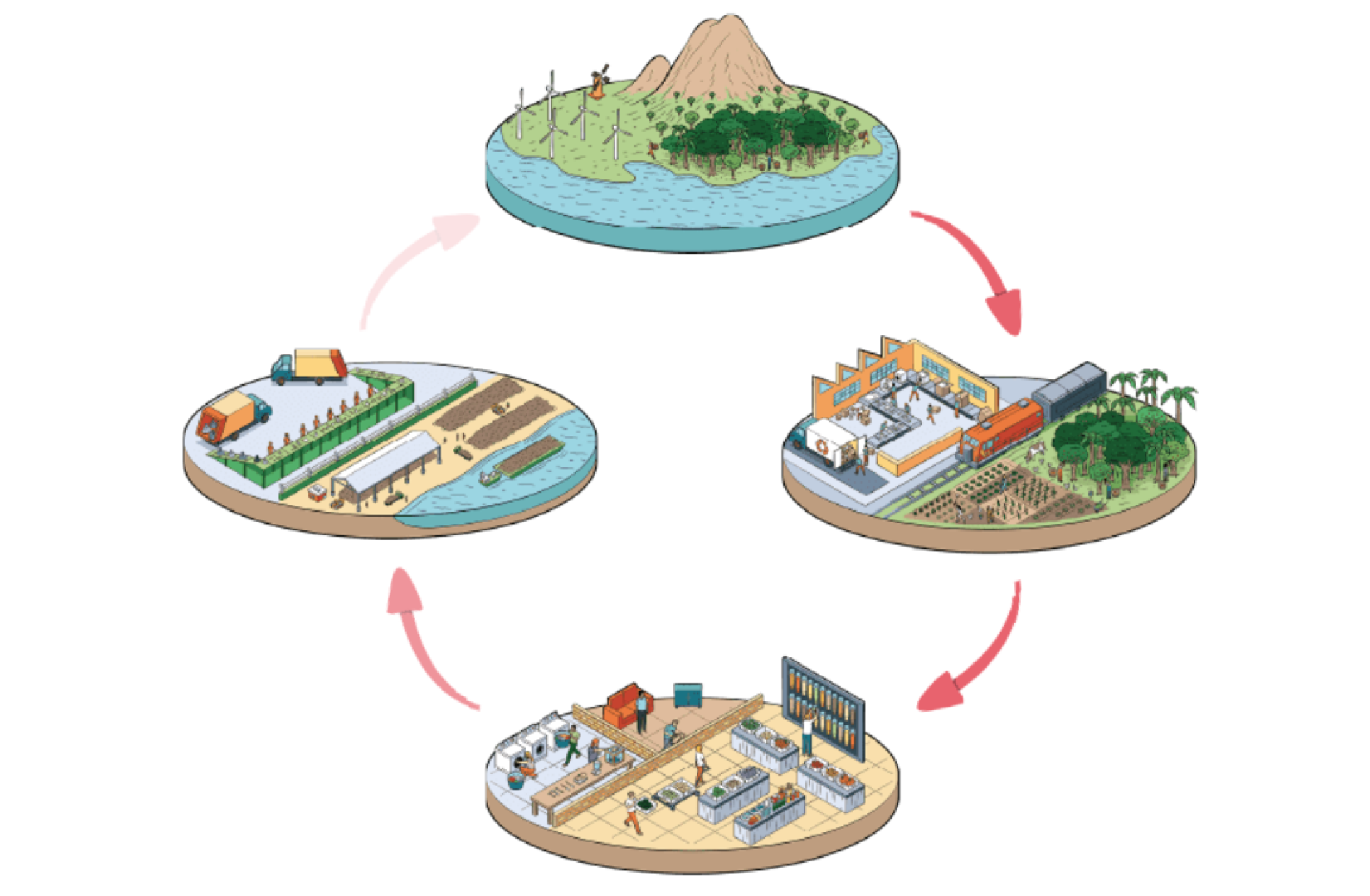 It is the analysis and understanding of the processes that take place in cities from their flows of raw materials, energy and nutrients.

This analysis makes it clearer how the city receives the resources, transforms and discards them as waste, which results in a panorama for actions that turn these wastes into inputs for other processes, in a circular metabolism. (The similarity with what already happens in nature is no coincidence).

Hence, if the government and other sectors of society invest in technologies and educational programs to enable this cycle and engage the population, the influence can reach other cities in the best of a local-changing-the-global action.

If we study water, for example, we realize how much resource could be returned to the city itself - and to nature - with a sewage treatment that converts the by-products of this processing into energy for homes and nutrients for agriculture.

Studies based on the precepts of the Circular Economy already detect some more specific issues for each flow of urban metabolism. Shall we see some examples? 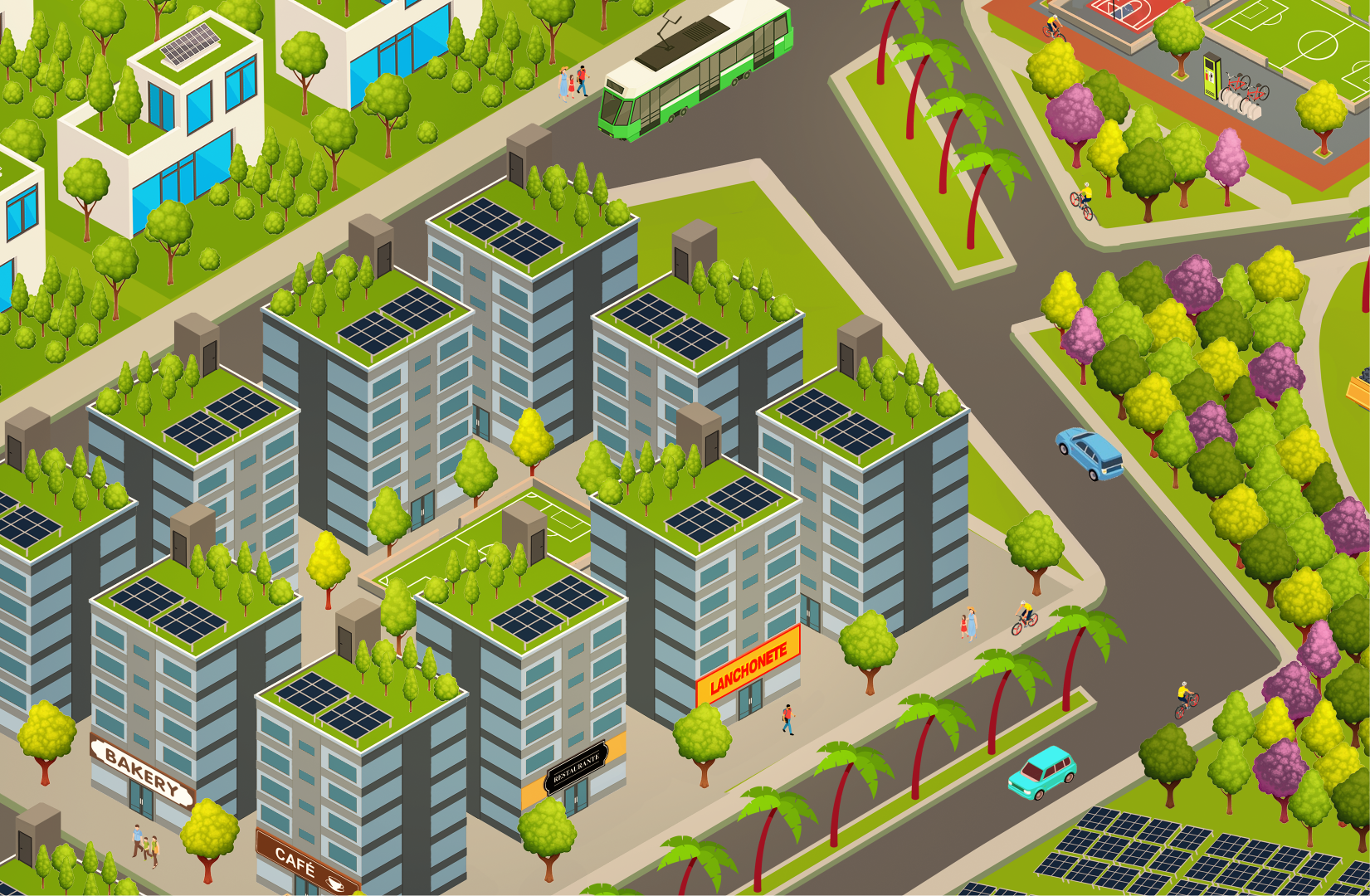 The impact of civil construction on the environment and on people occurs on several fronts, one of which is the inadequate disposal of rubble.

If poorly managed, these wastes can harm the city by silting up rivers, obstructing roads and the proliferation of diseases caused by biological vectors.

And how can this be solved?

In a circular city, waste processing centers would transform whatever is left over at construction sites into resources to supply the entire city.

The sector is also increasingly aware of sustainable practices and products for construction, such as bio concrete, a product composed of bacteria and fungi that give “regenerative” properties to the raw material.

Another example involves modular structures, with parts that fit together and can be dismantled, enlarged or reduced, generating less waste. 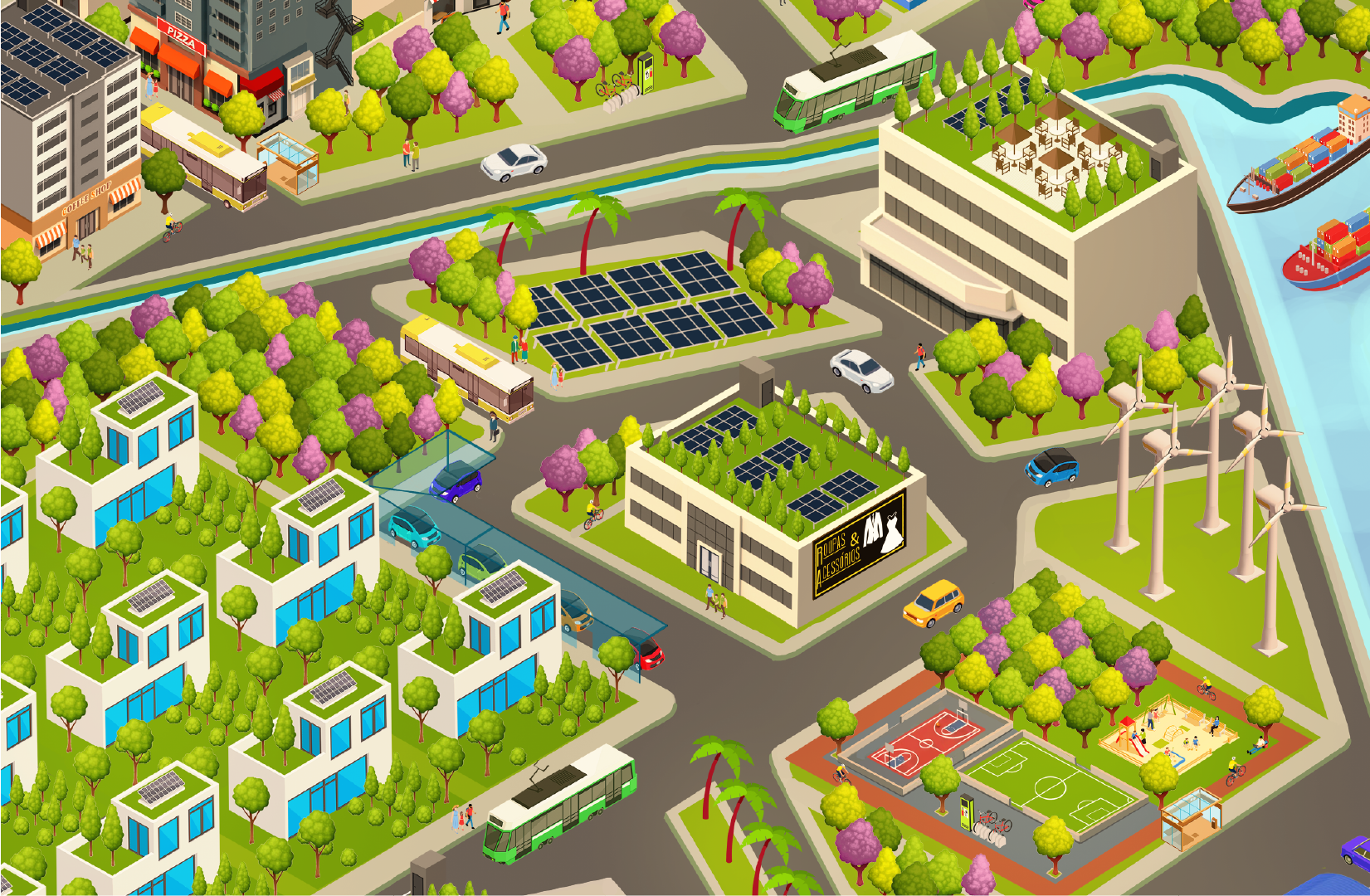 The consumption of fossil fuels in cities may happen in households, industrial parks and by motor vehicles, among others. We have historically created a great dependence on this means of obtaining energy.

But how to decarbonize the urban environment and guarantee clean and cheap energy for everyone?

One of the answers is to plan an energy grid that is predominantly powered by renewable energy sources, such as wind and solar.

Moreover, solar energy does not have only solar panels as a way to take advantage of the resource. There is another even more sophisticated one: photosynthesis.

Several studies are being carried out around the world, exploring, for example, the photosynthesis of algae. The process in these plants generates free electrons that can be captured by electrodes, generating electricity. 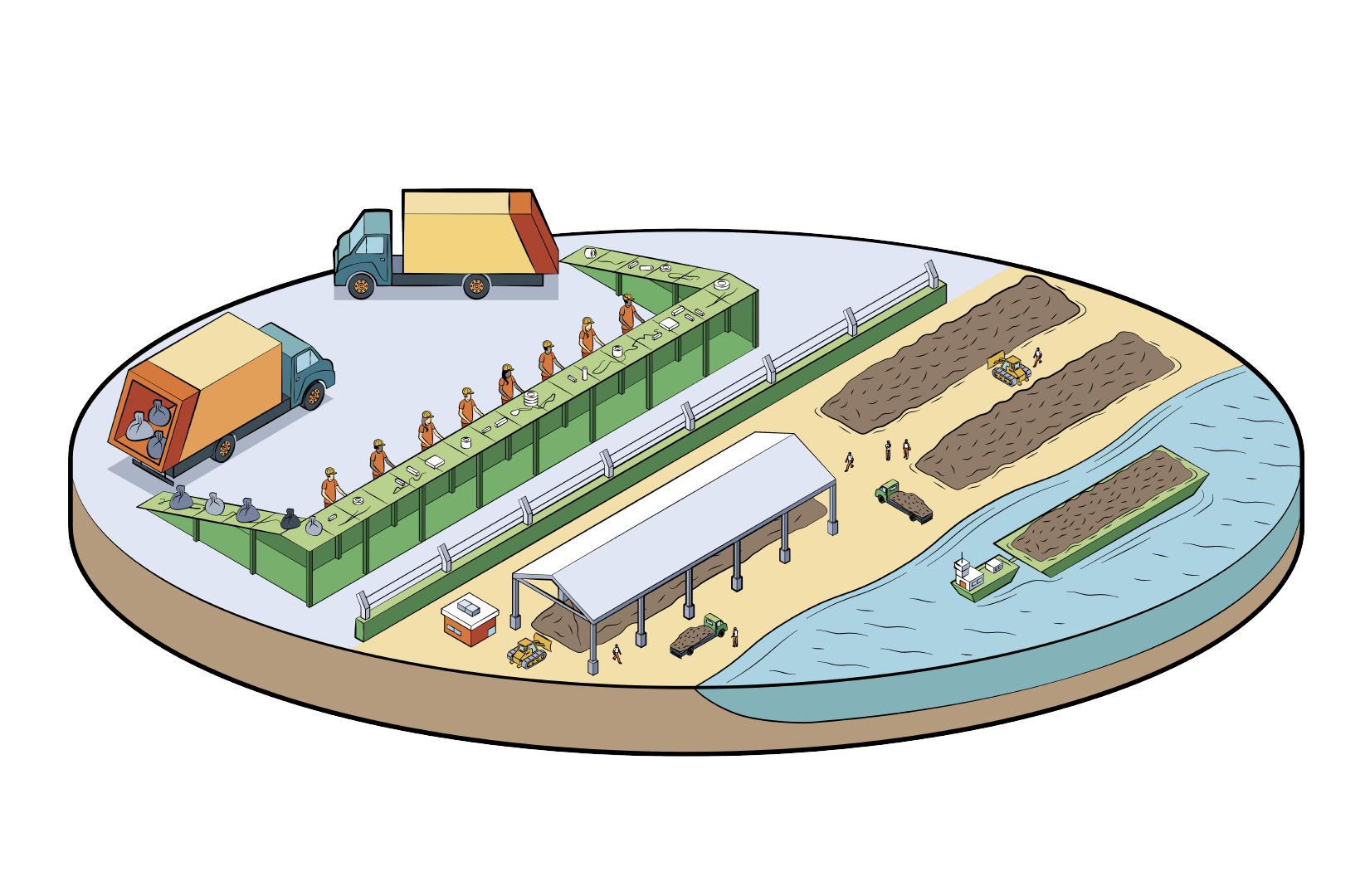 One of the major pollution problems in cities is soil degradation. This happens in several ways, such as through the accumulation of waste in city dumps and acid rain. It is urgent to find a way to keep the soils alive, since it is through them that we can guarantee quality food for everyone.

There are already small-scale practices that can not only help conserve soil but also reduce greenhouse gas emissions. How?

An example is if all organic waste that today goes to the trash bin goes back to the earth as a nutrient through composting.

Another measure would be to bring agricultural areas closer to cities. By reducing the distance between the countryside and the city, transport powered by fossil fuels emits fewer polluting gases and reduces the waste of food that ends up spoiling in this transport.

It is worth remembering that the search for a city more committed to circular metabolism is related to one of the essential aspects of the SDG 11 .

“By 2030, reduce the per capita negative environmental impact of cities, including by paying special attention to air quality, municipal waste management and others,” the document says. In doing so, and finding additional ways, it is possible to ensure an increasingly circular urban metabolism, collaborating with the environment, people and all other forms of life that live in it, depend on or are influenced by it.

What is the circular economy?

The Circular Economy proposes a new look at our way of producing, consuming, and disposing, in order to optimize the planet's resources and generate less and less waste. In other words, an alternative model to the Linear Economy - to extract, produce, use and discard - which has proved to be increasingly unsustainable throughout history. In the Circular Economy, the goal is to keep materials in circulation longer by reusing them until nothing becomes waste! For this model to become a reality, we all have a role to play. It is a true collaborative circle, which feeds itself, and helps to regenerate the planet and our relations.

If you are interested in learning more about this topic, visit Circular Academy, the first free Latin American course on circular economy aimed at general audiences. All of us, in partnership and collaboration, can make a difference in building a more circular planet.