On June 5th, millions of people all over the world celebrate Environmental Day. The date was established by the UN in 1972, 50 years ago, during the Stockholm Conference (in Sweden), which discussed the planet's ecological future. Since then, this day has become the largest global platform for environmental outreach and is this year's theme "One Land", focusing on "sustainable life in harmony with nature". We at the Circular Movement believe that the circular economy is a viable, long-term path to ecosystem regeneration and invite Professor Dr. Edson Grandisoli, the Pedagogical Coordinator and Educational Ambassador of the Circular Movement, to write an article on the potential of the circular economy for environmental regeneration. Check it out.

The vision of the environment as a depository of natural resources and a place for receiving waste has already proved to be unsustainable. Many research studies, such as that published by Will Steffen and collaborators in 2015 in the highly regarded journal Science, show that human activity has already crossed different planetary limits or boundaries, a fact that has been corroborated by recent publications from the Intergovernmental Panel on Climate Change (IPCC), which state that some impacts on the environment can already be considered irreversible.

Prolonged droughts, regular floods, major fires, severe heat or cold waves are just some of the consequences of our actions on the environment, which have been regularly documented and analyzed by science.

Impacts on the environment invariably impact people, especially those most vulnerable. The NGO Oxfam pointed out in 2020 that the richest 1% of the world's population emits twice as many greenhouse gases as the poorest half on the planet. 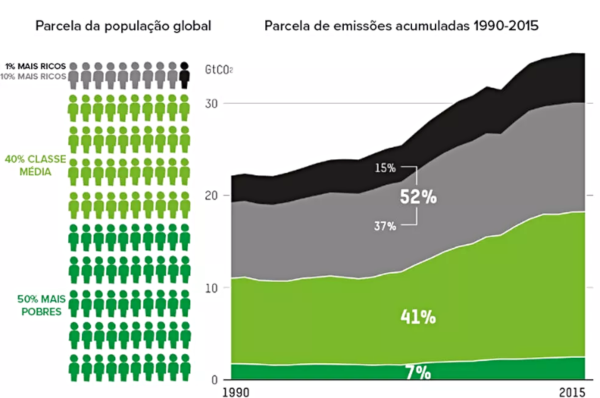 Faced with this worrying scenario, we need to look for alternatives. We need to act not only to reduce our damage to the environment, but to regenerate it and, together, ensure human development and the guarantee of individual freedoms. The task is not simple, but it is urgent.

The change in our polluting and excluding (linear) economic model to one based on circularity has been increasingly considered, and put into practice, by different social players such as companies, government and citizens.

Steps towards a more circular economy

The Ellen MacArthur Foundation identified four basic blocks of action for building a more circular economy. These include:

These four blocks of action should, in particular, bring with them processes for the regeneration of the environment (ensuring the functioning of its multiple ecosystem services); the right to life (considering the thousands of other species of living beings which depend on the environment); and creating new opportunities for decent work and social inclusion (targeting social, environmental and climate justice).

From this framework, I hope to have clarified the complexity of the processes involving the relationship between the environment and society.

The circular economy places at its core the importance of co-responsibility, which arises from participation, dialog and co-creation.

May the World Environment Day, on June 5th, stimulate more systemic and collective reflections and actions, and invoke the urgent need to build together a more dignified present and future, combining the conservation of our environment with human development.

We participated in the panel "The Environmental Challenges of the city of São Paulo", promoted by ADE SAMPA, with Professor Dr. Edson Grandisoli, Pedagogical Coordinator of the Movement